1. What is the biggest barrier to economic development in Maine and what can the Legislature do to address it?
At present, Maine’s economic development is hampered by having too few skilled workers and by the absence of a comprehensive state plan to support sectors with the prospect of real growth such as renewable energy and research, development, and commercialization in the life sciences. Maine needs to strengthen its public education system from pre-K through college, welcome new Mainers with professional ambitions and skills, and champion a new economy based on knowledge, innovation, and technology.

2. Maine voters approved Medicaid expansion in 2017, but it is still not in place amid a lack of dedicated funding from the Legislature. How should funding concerns be addressed?
Current state revenues can support the state’s share of expanded Medicaid funding which will bring in nine dollars of federal funding for every dollar that the state expends. While I would welcome a thoughtful discussion about restructuring Maine’s taxes, the best way to ensure stable revenues is by expanding jobs. That requires a healthy and educated workforce and a climate that welcomes entrepreneurs.

3. Republicans and Democrats have used the term “welfare reform” to describe many changes to social services programs. What does the term mean to you?
Reforms to the necessary network of social service programs should always be measured by their effectiveness in alleviating need.

4. Maine relies on annual borrowing as part of its plan to maintain roads and bridges as state and federal gas taxes become an increasingly outdated way of funding transportation. Should the state revisit the way it funds infrastructure? If so, how?
I would support restoring the indexing of fuel taxes in order to provide capital funding for infrastructure.

5. Should the state expand incentives to encourage renewable energy technologies, such as solar and wind power? Why or why not?
Yes. The economic benefits of locally-generated energy are compelling on their own. Moreover, inaction on stemming catastrophic climate change will incur enormous public costs and economic disruption.

6. Do you think laws around abortion access should be loosened or restricted? If so, how?
All reproductive health decisions should remain between a woman and her doctor.

7. Will you be voting for or against Question 1, the home-care citizen initiative on this year’s ballot? Why or why not?
Referenda created by citizen initiative frequently have fundamental flaws. While the goal of improved access to elderly homecare is a good one, I am concerned that this initiative should be better sharpened to meet real needs. 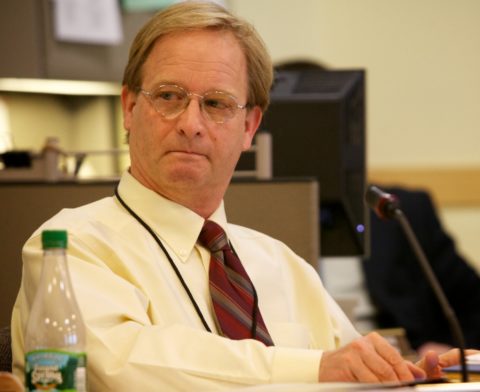